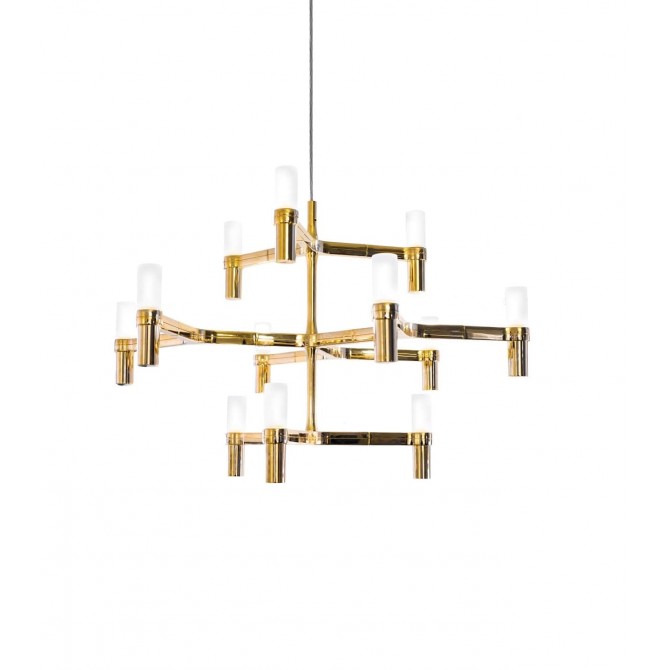 Diiiz makes you discover this reproduction of Nemo’s masterful Crown chandelier in the Crown Major with 30 lamps or in the Crown Minor with 12 lamps. Let a royal light enter your home. 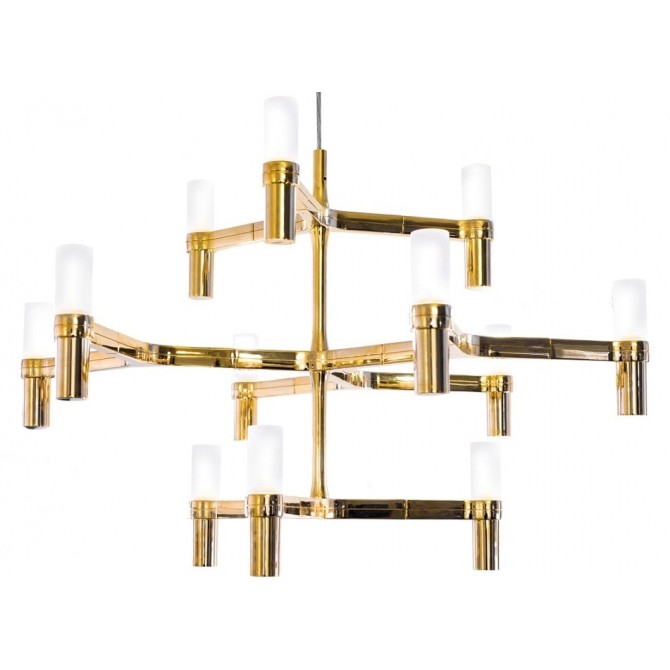 Marcus Jehs and Jurgen Laub achieved stylistic success with their range of Crown chandeliers for Nemo Lightings, and now Diiz presents superb reproductions of the Crown Major Chandelier and the Crown Minor Chandelier.

The Crown Chandelier by Nemo offers a modern and designer version of one of the most classic lighting solutions that exists: the chandelier.  The Crown Chandelier, designed by Marcus Jehs and Jurgen Laub for the Nemo design house, lights a large area because of its size, but it still manages to have a slick and simple style, a signature design from this Italian design house.  This makes the Nemo inspired Crown Major and Crown Minor chandeliers from Diiz suitable for most decors and settings.

Crown Major and Crown Minor chandeliers are made up of several individual lights, making them a fantastic modern chandelier in rooms with high ceilings.  The metal structure and high-quality sandblasted glass, allow the Crown chandeliers to light up your room in a unique way, adding an extra dimension to your space.  Diiz presents a high-quality reproduction of the Crown Major style chandelier by Nemo, allowing you to draw a link between tradition and modernity, and instead of being two opposing styles, both are combined into the same chandelier.

The Crown chandeliers produced by Nemo: a royal representation of light

The numerous metal arms of the Crown chandeliers are each topped with a light bulb.  The effect created is reminiscent of the shape of a royal crown.  The resulting style of the Crown Major and Crown Minor chandelier gives this collection of lights a very special appearance and these Crown chandeliers, reissued by Diiz, will be especially attractive in lobbies, restaurants, hotels or even in large dining rooms.  You too can have your own royal design style at home. Allow yourself to be tempted by this collection of Nemo Crown chandeliers to decorate your interior.