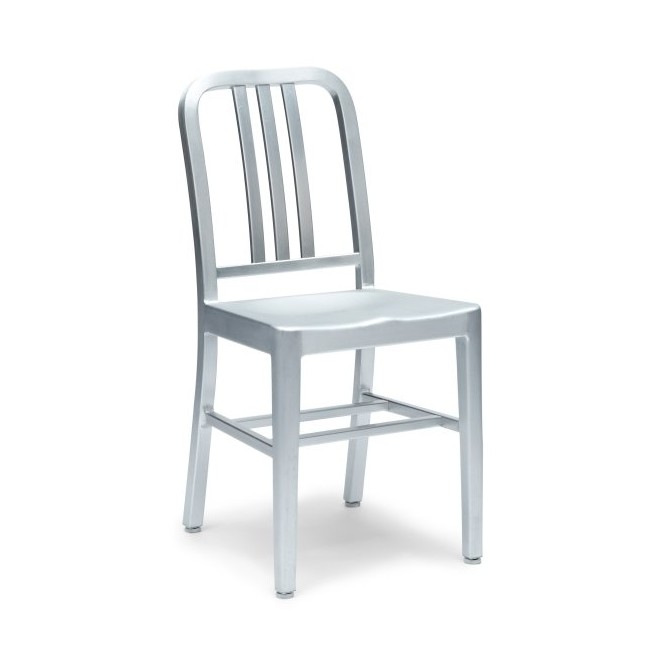 The Diiiz reproduction of Emeco's 1006 chair is the perfect combination of iconic industrial design and ruggedness. A useful purchase and design proposed by Diiiz, at a very light price, lightness characteristic of this Navy 1006 chair inspired by Emeco. 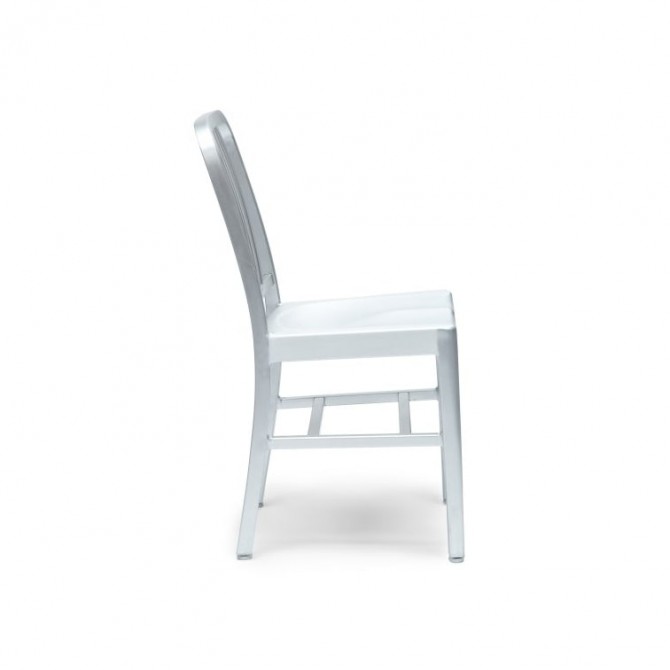 As its name suggests, the 1006EmecoNavychair was specially designed to meet the needs of the United States Navy.  In 1944, the United States Navy decided to entrust Emeco with a mission, to build chairs that would be resistant and durable, but also lightweight.  This gave rise to the 1006 Emeco Navy chair which met this challenge with what now seems like the obvious solution: the use of aluminium to manufacture this chair, which has now become a design icon. We can say that the Navy chair by Emeco is an indestructible and unbreakable chair.

The legend of the 1006 Emeco Navy chair: an indoor or outdoor aluminium chair

The Electric Machine and Equipment Company (Emeco) began to work with Alcoa, one of the main producers of aluminium. Together, they designed the 1006 Navy chair. The legend states that Mr. Dinges, the founder of Emeco, threw the Navychair out the sixth-floor window and, when it hit the ground, it was still intact, despite some minor scratches. Most of the 1006Navychairs used during the war are said to still be in very good condition today.

The Navychair is therefore a metalchair ideal for indoors and outdoors. This metalchair perfectly meets the needs of professionals for bar and restaurant projects. Solid, modern and stackable, this metalchair meets all your professional project needs.

Following the end of the 90s and the advent of industrial furniture, the Emeco 1006 chair has had a new lease of life. It has appeared in many TV series such as: Sex and the City and House, MD; as well as in the movies Batman and numerous other interrogation scenes. In 2001, the 1006 Navy chair even made its debut at MoMA in New York and Britney Spears made it a central element of her video "Stronger" J