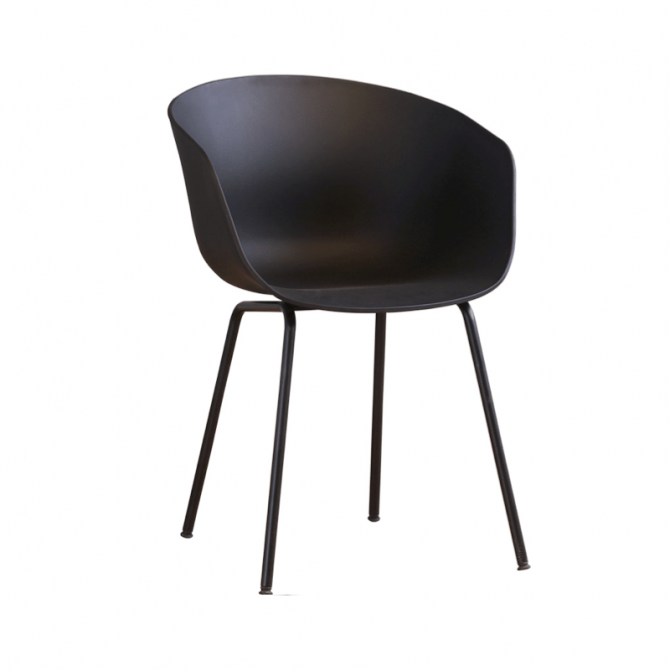 Diiiz offers a replica of the Hay Chair AAC26. The AAC26 chair is inspired by the Danish design of the 50’. HAY AAC26 chair has an iconic shell in high quality plastic and 4 wooden feet. 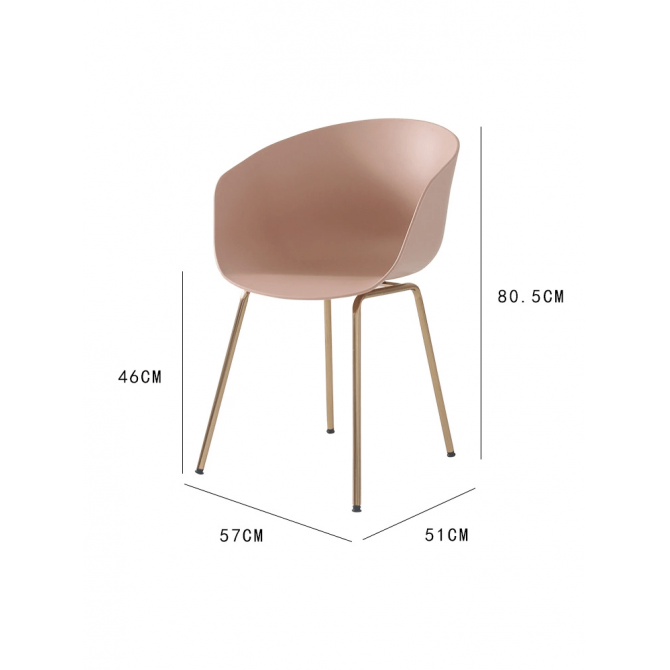 The replica of the AAC26 chair by Hay is made of a polypropylene shell and 4 painted metal legs. This chair with armrests is available from the designer chair collection. Diiiz highlights the durability and practical aspects of this plastic chair without forgetting about comfort.

The base of the AAC26 chair by Diiiz is available in black, for some character, or in gold, for a more glamourous look. Diiiz offers no less than 7 colours for the shell, enough to fulfil all of your decorative desires of the moment.

If you are looking for sobriety, choose the AAC26 chair in sober colours such as black or white. If you want to bring some energy to your interior decor, opt for a vibrant colour such as yellow or red. You will inevitably find happiness with this reissue of the Hay AAC26 chair and its many possible combinations.

It is impossible for any design enthusiast to miss the phenomenon About a Chair by Hee Welling. This collection of iconic chairs is recognisable by their aesthetics. Thanks to its minimalist style, the Hay inspired AAC26 chair rapidly became one of the bestsellers.

The Hay AAC26 About a Chair chair, a designer chair inspired by Hee Welling

Diiiz offer the replica of the AAC26 chair inspired by Hee Welling for the famous Hay studio. Welling H. is a Danish designer whose work is characterised by his sense of proportions while giving his designer creations a discreetly elegant look. It is a signature look which is found in the About a Chair furniture collection. The talent of the designer Hee Welling has been recognised several times, notably with the Good Design Award in the United States but he was also named Danish designer of the year in 2013 and 2014

The Hee Welling inspired AAC26 chair: for your professional and personal projects

In addition to being a trendy chair, the reissue of the AAC26 chair by Hay is versatile. This multifunctional chair will easily integrate into an office as an office chair or in a dining room around a table from the Diiiz collection.

For an even more modern touch, Diiiz recommends playing with colours by combining several differently coloured AAC26 chairs by Hay. You can also select different models of chairs from the Diiiz collection and mix materials and colours.

The elegance of the reissue of the AAC26 chair by Hay makes this designer chair a piece of furniture suited to the needs of professionals for their interior design. The Hee Welling inspired AAC26 chair will find its place in a meeting room or in a restaurant around a table for professionals from Diiiz.

Among the wide selection of designer chairs, Diiiz offers other models from the Hay collection.

Our AAc26 chairs really look like the original for almost half of the price. We recommend