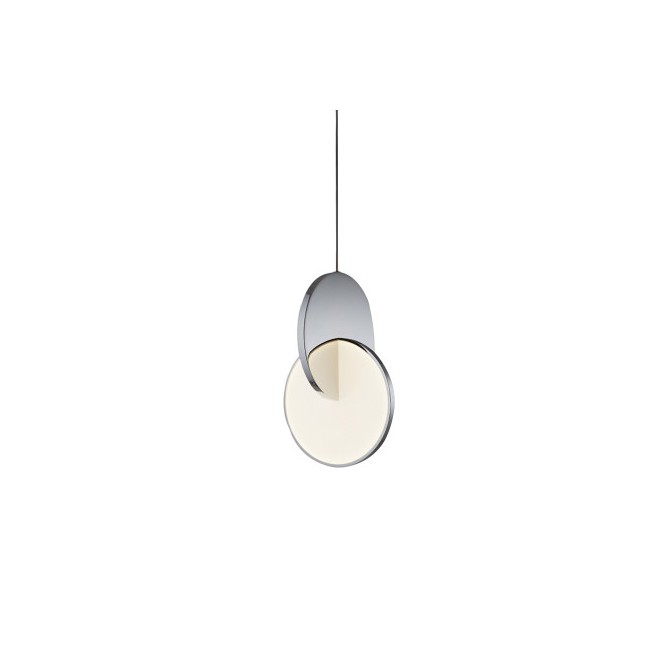 Lee Broom's Eclipse suspension is a luminous astral representation combining the modern with the classic. Diiiz offers you a very nice reproduction of this Eclipse lamp in Chrome version, as always delivered free of charge everywhere in Europe. 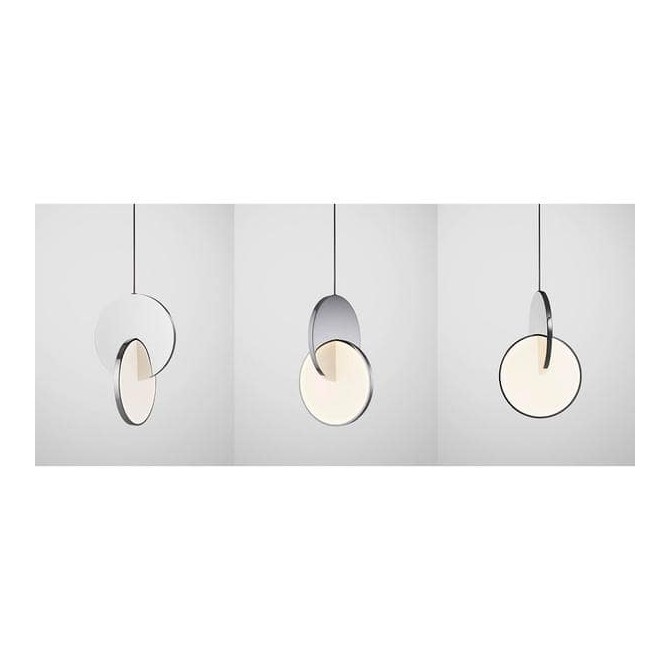 Here at Diiiz, we love this truly sculptural light that is the Eclipse Pendant Light by Lee Broom because it adds just a touch of mystery to your interior.  The reproduction of the Lee Broom Eclipse Pendant Light on offer from Diiz is made up of 2 discs which are 25 cm in diameter giving a height of 40 cm and works via LED lamps.

Lee Broom: A British designer to keep your eye on

Lee Broom is one of the leading designers in the United Kingdom.  With his unique vision for luxury furniture and lighting, his work is recognised worldwide.  Since founding his company in 2007, he has collaborated with many other global design brands such as Christian Louboutin, Mulberry, Bergdorf Goodman and Wedgwood. Lee Broom's creations, such as the chrome Eclipse Pendant Light, can be seen in hotels, restaurants and homes around the world, as well as on magazine covers and in international newspapers. His creations are both unique and familiar, because he takes classic styles and reinterprets them in a new and contemporary way with an unexpected twist.

To date, Lee Broom has won more than 30 awards, including the prestigious British Designer of the Year Award and the Queen’s Award for Enterprise.

If you consider yourself to be a design pioneer, let yourself be tempted by this innovative and original reproduction of the Eclipse Pendant Light designed by Lee Broom, available from Diiiz.