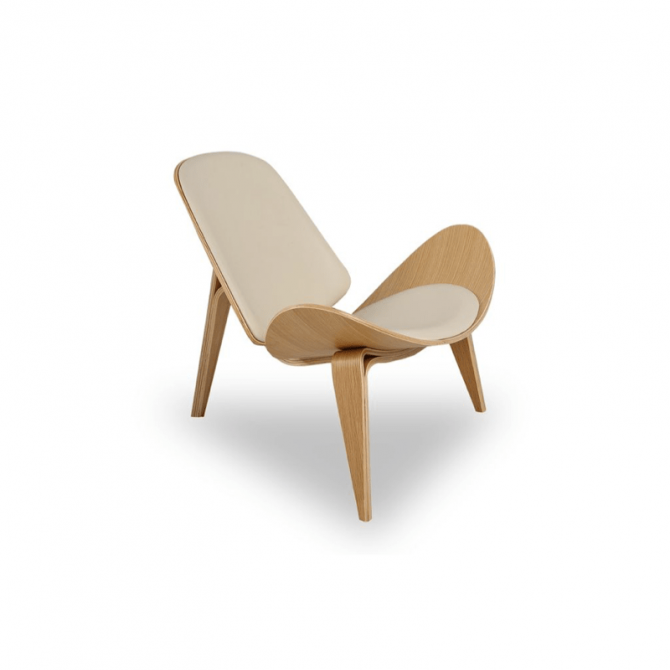 The replica of Hans Wegner and Carl Hanson & Son's Shell CH07 chair, combines the advantages of an original chair and a comfortable chair. 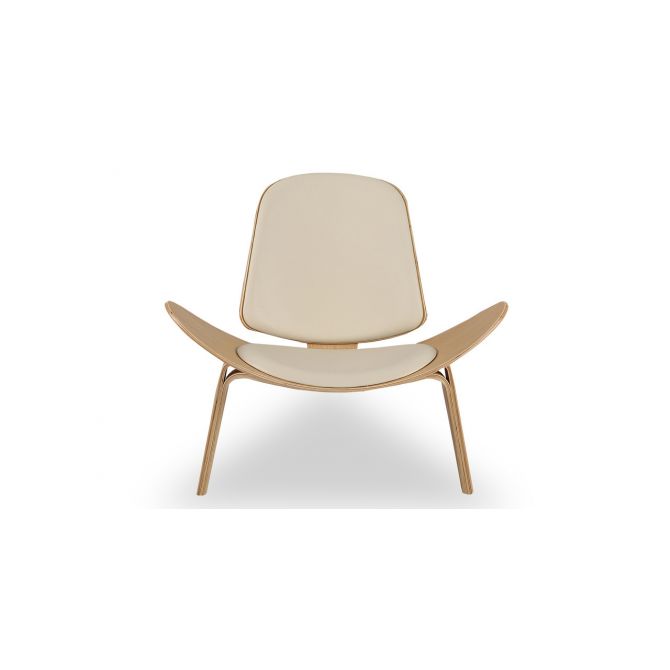 The famous CH07 Shell Chair has been designed by Hans Wegner.

Three-legged and beautiful; the replica of the CH07 shell chair is a wood chair that you will want to have in your living room, hall, bedroom, bar or restaurant.

Simultaneously minimalistic yet generous with a broad wing-shaped seat and curved legs; Diiiz replica of the CH07 shell chair stands firm despite its three legs.

Diiiz replica of CH07 Shell Chair is made of form-pressed veneer.

The seat and back of the CH07 Shell chair replica are available upholstered in fabric or leather. Designed by Hans J. Wegner in 1963 Diiiz gives you the chance to have it at an affordable price.

Hans J. Wegner is widely considered to be one of the leading figures in 20th century furniture design - and a driving force in the “Danish Modern” movement that changed the way people looked at furniture in the 1950s and 1960s.Among his famous creation, we can found the Wishbone chair, the CH07 Chair, the round Chairs and many others.

In his whole carreer, Hans Wegner has developed more than 500 models of Chairs.

Many of Wegner's wooden chairs are characterized by traditional joinery techniques including mortise and tenons, finger joints, and sculpted elements such as armrests and seat supports.

Wegner said of his work "I have always wanted to make unexceptional things of an exceptionally high quality..."[2] The key designs featured here are known for taking traditional elements and pushing them to extreme tolerances and distillations.

Beautiful. the design of the chair is as shown in the photos

The design is exactly as in the photo. I would recommend it