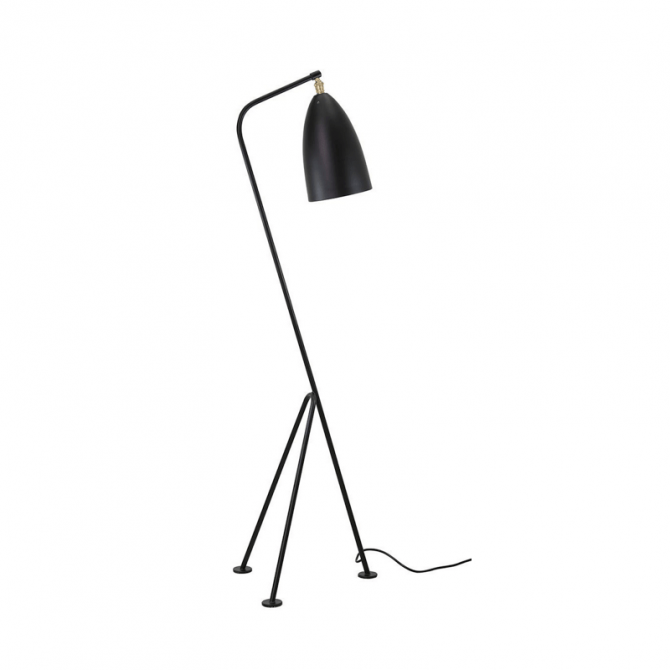 Diiiz offers the Grasshopper tripod floor lamp designed by Greta Grossman. This metal lamp will bring a touch of simplicity to both industrial and minimalist interiors. 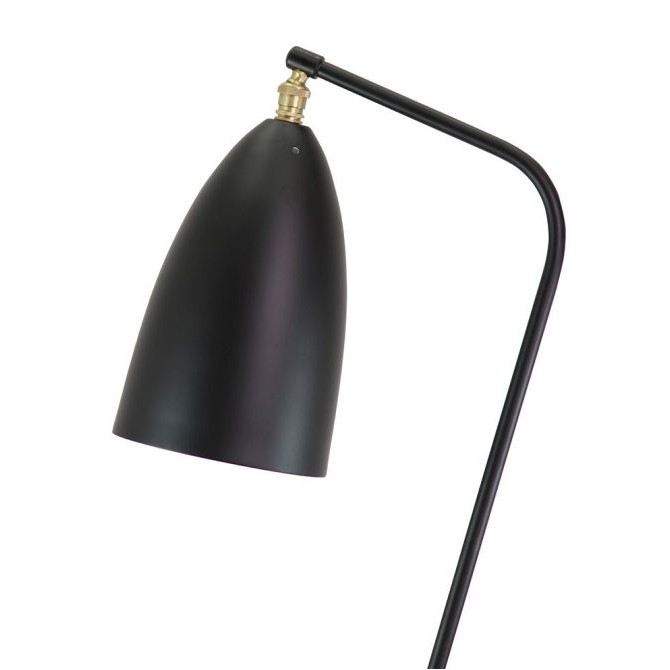 Designer and architect Greta Magnusson Grossman left her native Sweden in the early 1930s and settled on the western coast of the USA.  This move will help to cement the look, very recognisable to us today, of Scandinavian modernism, a design movement whose precursor is none other than Arne Jacobsen.  Greta Grossman was one of the few female designers to gain recognition in the United States during the 20th century.  Even more, she became the first woman to receive an award from the Swedish Design Society for her furniture designs, such as the industrial Grasshopper floor lamp.  This early success followed her to California, where in 1940 she opened her second boutique, Magnusson-Grossman Studio on Rodeo Drive, which was popular with famous clients such as Greta Garbo, Joan Fontaine, and Gracie Allen.  This softer modern aesthetic appealed to a previously ignored but growing demographic: single women who were well-informed and career oriented.  Some of her pieces, such as the Cobra lamp, designed in 1950, and her 1952 desk with storage have become icons in modern California.  Greta Grossman’s industrial floor lamp also contributed to her success.

During the decade between 1940 and 1950, her designs were exhibited at the Museum of Modern Art (MoMA) in New York and the National Museum in Stockholm.

The Grasshopper floor lamp has a captivating design bursting with personality, just like its charismatic designer Greta Magnusson Grossman.